Renewable Energy IPO in USA - first of hopefully several during 2012 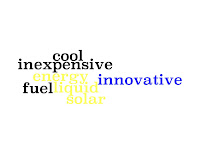 Greetings from Kiev!
It's a cold winter in Ukraine but a hot market, it seems,  for renewable energy companies tapping into the capital markets.  Two weeks ago, in climate change skeptical USA, an Iowa company named Renewable Energy Group Inc. completed its 72 million dollar IPO on Nasdaq (ticker: REGI).  While the book closed at the low end of the projected raise, the successful placement in January (typically a quiet month for IPOs) shows demonstrably strong continued investor interest in alternative energy as a growth market in America.  The global economic picture is not conducive to bull market placements at this time, with the market weighed down by macroeconomic concerns in the Europe and with other alternative fuel companies trading below their IPO prices last year (such as Gevo Inc. and KiOR Inc. and notably Solazyme Inc.)
Renewable Energy claims to be the largest producer of biodiesel in the U.S., using low cost feedstocks (such as inedible animal fat, used cooking oil, and inedible corn oil) to create fuel. Over the first 3Q of 2011, total revenue nearly quadrupled to $557 million compared to the same period a year earlier, but its loss widened to $27 million from $25 million in the 2010 period.
This recent IPO underscores the growth potential in the alternative fuels sector, and it will be interesting to see how similarly situated companies in Central and Eastern Europe, with their superior access to feedstock and fuel supply inputs, can take advantage of the global capital markets to undertake their own IPOs and private placements.
Cheers from Kiev,
Jon
Posted by Jon Mckee Queen at 12:16 PM 0 comments