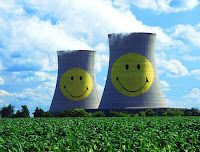 Greetings from Kiev! Global investment in renewable energy set a new record in 2010, according to a new analysis commissioned by UNEP's Division of Technology, Industry and Economics (DTIE) from Bloomberg New Energy Finance. Investment hit $211 billion last year, up 32 percent from a revised $160 billion in 2009, and nearly five and a half times the figure achieved as recently as 2004.

The following article is an excerpt from Renewable Energy World Network Editors, and is available at: http://www.renewableenergyworld.com/rea/news/article/2011/08/renewables-investment-breaks-records

The document, Global Trends in Renewable Investment 2010, an Analysis of Trends and Issues in the Financing of Renewable Energy, reports that the record itself was not the only eye-catching aspect of 2010. Another was the strongest evidence yet of the shift in activity in renewable energy towards developing economies. Financial new investment, a measure that covers transactions by third-party investors, was $143 billion in 2010, but while just over $70 billion of that took place in developed countries, more than $72 billion occurred in developing countries.

This is the first time the developing world has overtaken the richer countries in terms of financial new investment - the comparison was nearly four-to-one in favour of the developed countries back in 2004. It is, however, important to note that in two other areas not included in the financial new investment measure, namely small-scale projects and research and development, developed economies remain well ahead.

Nonetheless, renewable energy's balance of power has been shifting towards developing countries for several years. The biggest reason has been China's drive to invest: last year, China was responsible for $48.9 billion of financial new investment, up 28 percent from 2009 figures, with dominance in the asset finance of large wind farms. But the developing world's advance in renewables is no longer a story of China and little else. In 2010, financial new investment in renewable energy grew by 104 percent to $5 billion in the Middle East and Africa region, and by 39 percent to $13.1 billion in South and Central America.

The developing world - at least outside its most powerful economies - may not be able to afford the same level of subsidy support for clean energy technologies as Europe or North America. It does, however, have a pressing need for new power capacity and, in many places, superior natural resources, in the shape of high capacity factors for wind power and strong solar insolation. Furthermore, the developing world is also starting to host a range of new renewable energy technologies for specific, local applications. These range from rice-husk power generation to solar telecommunications towers and are becoming the technology of choice, not a poor substitute for diesel or other fossil-fuel power options.

A second remarkable detail about 2010 is that it was the first year that overall investment in solar came close to catching up with that in wind. For the whole of the last decade, as renewable energy investment gathered pace, wind was the most mature technology and enjoyed an apparently unassailable lead over its rival renewable energy power sources. In 2010, wind continued to dominate in terms of financial new investment, with $94.7 billion compared to $26.1 billion for solar and $11 billion for the third-placed biomass & waste-to-energy. However, these numbers do not include small-scale projects and in that realm, solar, particularly via rooftop photovoltaic installations in Europe, was completely dominant. Indeed, small-scale distributed capacity investment ballooned to $60 billion in 2010, up from $31 billion, fuelled by feed-in tariff subsidies in Germany and other European countries, the report finds. This figure, combined with solar's lead in government and corporate research and development, was almost enough to offset wind's big lead in financial new investment last year, the document concludes.

Furthermore, no energy technology has gained more from falling costs than solar over the last three years. The price of PV modules per MW has fallen by 60 percent since the summer of 2008, according to Bloomberg New Energy Finance estimates, putting solar power for the first time on a competitive footing with the retail price of electricity in a number of sunny countries. Wind turbine prices have also fallen - by 18 percent per MW in the last two years - reflecting, as with solar, fierce competition in the supply chain. Further improvements in the levelised cost of energy for solar, wind and other technologies lie ahead, posing a growing threat to the dominance of fossil fuel generation sources in the next few years.

A sharper increase, however, has been evident in the other components of the total investment figure - namely small-scale distributed capacity, and government and corporate R&D. These investments jumped to $68 billion in 2010, from $37 billion in 2009 and $26 billion in 2008, reflecting mainly the boom in rooftop PV, but also a rise in government-funded R&D, as spending increased from 'green stimulus' measures announced after the financial crisis.

The momentum of clean energy investment over recent years has been strong, but there have been many jolts and bumps along the way. These have included the biofuel boom of 2006-2007 and the subsequent bust, resulting in a fall in financial new investment in that sector from a peak of $20.4 billion in 2006 to just $5.5 billion last year; and the impact of the financial crisis and recession on Europe and North America. Financial new investment in renewable energy was significantly lower in 2010 in both Europe and North America, although this setback was more than outweighed by growing investment in China and other emerging economies, and in small-scale PV projects in the developed world.

The shift in investment between developed and developing countries over recent years shows that developed countries in 2010 retained a huge advantage in small-scale projects, but not what the authors define as financial new investment. In 2010, developing countries edged narrowly ahead of developed countries in terms of financial new investment for the first time. In 2007, developed economies still had an advantage of more than two-to-one in dollar terms, but the recession in the G-7 countries and the dynamism of China, India, Brazil and other important emerging economies has transformed the balance of power in renewable energy worldwide, leading to big changes in the location of IPOs and manufacturing plant investments by renewable energy companies.

Wind was the dominant sector in terms of financial new investment (though not of small-scale projects, as noted above) in 2010, with a rise of 30 percent to $95 billion. On this measure of investment, other sectors lagged far behind. Although the number of GW of wind capacity put into operation last year was lower than in 2009, the amount of money committed was higher. This reflected decisions to invest in large projects from China to the US and South America, a rise in offshore wind infrastructure investment in the North Sea, and the initial public offering (IPO) in November of Italy's Enel Green Power, the largest specialist renewable energy company to debut on the stock market since 2007.

In terms of venture capital and private equity investment, wind came a creditable second, with a figure of $1.5 billion last year, up 17% on 2009. However, solar stayed ahead as the most attractive destination for early-stage investors, its $2.2 billion figure coming after a 30% gain year-on-year. The positions of the two technologies were reversed again in terms of public markets investment, with wind boosted by the Enel Green Power flotation, and also some healthier figures for investment in 2010 in quoted companies specialising in biofuels, biomass and small hydropower.

Asset finance of utility-scale projects is the dominant figure within financial new investment. Wind mega-bases in China continued to receive billions of dollars of funding, while large-scale projects in Europe attracted important support from multilateral development banks, notably European Investment Bank (EIB) debt for the Thornton Bank project off the coast of Belgium. U.S. wind farm investment owed much to the treasury grant program, introduced in 2009 but due to expire at the end of 2011.

Given the rush to complete a number of big investment transactions in the closing weeks of 2010, in some cases to "catch" attractive subsidy deals before they expired, it was little surprise that activity in the first quarter of 2011 was relatively subdued, the study finds. Financial new investment totalled $29 billion, down from $44 billion in the fourth quarter of last year and lower than the $32 billion figure for the first quarter of 2010.

In asset finance, the biggest reductions in terms of absolute dollar figures came in US wind and European solar. The brightest spots of January-March 2011 were Chinese wind, up 25 percent on the same quarter of 2010, and Brazilian wind, which saw its investment level double from a year earlier.

Key projects going ahead included the 211-MW IMPSA Ceara wind auction portfolio and the 195-MW Renova Bahia portfolio, both in Brazil, and the 200-MW Hebei Weichang Yudaokou wind farm in China. In Europe, there were several large offshore wind infrastructure commitments, including the Dan Tysk project off Germany, the Skagerrak 4 project off Denmark, and the Randstad project off the Netherlands.