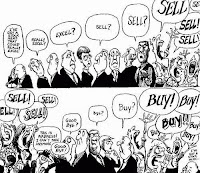 Ukraine Poised To Become Leading World Corn Exporter
According to the calculations of the Association Ukrainian Agribusiness Club, based on the Food and Agriculture Organization (United Nations) data since 2000, corn yields in Ukraine increased annually by 2.3 tons per hectare, whereas the current global grain exporting countries (United States, Brazil, Argentina) increased their yields in the range of 0.8-1.4 kg per hectare.  During the past year, Ukrainian corn yields amounted to 64.4 tons per hectare, while in 2000 it stood at yield of 30.1 tons per hectare (e.g., doubling output).  Similarly, Ukrainian soybean productivity growth has increased greatly since 2000, at 0.68 tons per hectare annually, while the U.S. soybean yield growth for the same period is equal to 0.33 kilograms per hectare.  According to Dr. Alex Lissitsa, President of the Association Ukrainian Agribusiness Club, there is continued huge growth potential for Ukraine's agribusiness sector due to technology and farming methodology improvements, at a time when its global competitors have almost already touched their maximum crop production capacities. With continued productivity growth at 5% per year, Ukraine will be able to exceed corn exports by Argentina and Brazil, cementing a firm foothold in the second place after the United States - about 30 million tons annually - and growing.  (for more information see source article at www.korrespondent.net)
Posted by Jon Mckee Queen at 9:59 AM