Who Will Be The New Energy Captains of Industry? 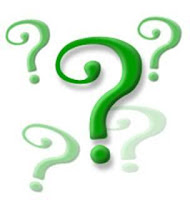 Energy – a word that sums up the foundation of the world as we know it. Every part of the global economy runs off of some form of electricity, gas or fuel. One hundred and fifty years ago the original economic paradigm shifted from manual labor to the industrial revolution… and fortunes were made and lost by the original captains of the fuel industry to supply the world’s power. The world and people’s lives changed forever in a new direction.

Fossil fuels were the big news then. Previously semi-worthless coal and gas made billions of sudden dollars for the original energy captains of industry, and they continue to do so today. But now things are changing in the face of concerns over climate change and a related scientific revolution… fossil fuels are still going strong but are expected to be on the permanent decline with the real energy needs of the future being met by clean and renewable means. The winds of change now blow into a turbine and the new sun rises on a reflective solar farm.

This raises an interesting question: who will be the new energy captains of industry, and how will traditional notions of vertical integration and trading markets be affected by this? Part of the answer seems wide open and large market players recognize this. We see automakers like Toyota, Kawasaki and SAIC in China developing plans for global battery and battery charging station initiatives. The day will come when you drive your Prius into a Toyota-owned filling station to top off your electric car battery which is also made by Toyota. No more independent gas station will be required to break up the money cycle for Toyota’s shareholders. Other car makers will soon follow suit if they see success from Toyota’s forward thinking. Single companies can control every aspect of your personal travel and can monopolize the customer service elements attached to that travel.

Fossil fuel companies are working hard to develop similar clean tech initiatives so they won’t be left in the dark fifty years from now, but they know that they can quickly become extinct in the new market unless they become innovation leaders in some way, and the playing field is fairly level. Exxon, BP and Shell are investing billions into bio-fuel concepts and renewable energy. The Middle Eastern oil producing countries are doing likewise, the largest example being the 400 biillion Euro ‘Desertec’ renewable energy project announced this year. All of these groups stand to lose and be replaced by energy market creative destructionism unless they get moving and stay ahead of the curve.

Commodity traders will also need to switch their business models over time, in a manner that could bring more or less market security. Their staple trading products, oil, coal and gas, probably will not be in very high demand within 30 years. And renewable energy is not as transferable as fossil-fuel generated energy is, at least for the moment, so that changes how it can be traded also on the market in spark spreads et cetera. Solar power is not easily exported over long distances, for instance, even with the best storing battery system. It typically goes into the local grid or is used for local power supply. As the trading markets adjust to the new energy economy, will they create more or less market risk?

The world is finally on the path to energy efficiency and clean energy technology, and this is a wonderful thing. The new direction means all the old rules are changing and a new energy economy is coming soon. It will be interesting to see who is left after this big shake-up, and who gains or loses as a result.
Posted by Jon Mckee Queen at 11:20 AM