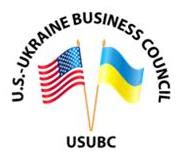 The new U.S. Ambassador is expected to arrive in Kyiv between the first and fourth of December.

John F. Tefft has been a career Foreign Service Officer for 37 years.  He most recently served as United States Ambassador to the Republic of Georgia from 2005-2009.  Prior to that assignment Mr. Tefft served as Deputy Assistant Secretary of State for European and Eurasian Affairs and was responsible for US relations with Russia, Ukraine, Belarus and Moldova.  From 2003-2005 Mr. Tefft was the International Affairs Advisor at the National War College in Washington, DC.

He served as the United States Ambassador to Lithuania from 2000 to 2003.  He was Deputy Chief of Mission at the US Embassy in Moscow from 1996 to 1999, and served as Charge d’affaires from November 1996 to September 1997.  His other Foreign Service assignments include:  Jerusalem, Budapest and Rome.   Mr. Tefft holds a Bachelors Degree from Marquette University and a Masters Degree from Georgetown University.